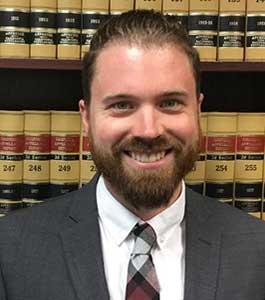 Young men are being falsely accused of sex crimes at an alarming rate in the era of #MeToo. We, at Beles & Beles, acknowledge that not all accusations are false, and that there are societal benefits to the #MeToo movement. However, we are not here to right societal wrongs. We are here to help you or your loved one, if accused of a sex crime. Call us if you, or a loved one, is accused of sexual misconduct. The Law Offices of Beles and Beles can help you, or your loved one, navigate this nightmare.

It all starts with an accusation. Many accusations begin from shame or hate or a monetary motive. Often, the accusation first goes to a friend or family member. From there, the police are called and interview the accuser. If the complaint is recent, a sexual assault examination will be conducted.

A sexual assault examination consists of a Sexual Assault Response Team (“SART”) nurse, nurse practitioner or doctor taking a verbal statement from the complainant, and then conducting a physical examination. The verbal statement, though to a medical professional, is just that, a statement of what she says occurred. There are a series of questions where only boxes are checked, but there is a portion where the complainant “tells the story.” After a physical examination is conducted, the SART professional will give an opinion as to whether there are any “findings.” Findings could be the acquisition of hair or debris, or DNA swabs. Findings may also be microscopic injury. The SART professional then gives an opinion whether the “findings” are “consistent” or “inconsistent” with the history given by complainant.

This is a problem because the professional is often not looking for actual injury or findings, but merely looking to see if any potential findings match with the story told by the complainant. There is an inherent bias in believing the accusation and looking for proof thereof. The lawyers at Beles & Beles explore this inherent bias when faced with it in an investigation.

Simultaneously, the police will begin their investigation. That often means interviewing others, such as people who saw the suspect and the complainant around the time of the allegation. People usually find out that there is an accusation only when a friend calls and tells them that the police have been calling.

As soon as you know that there is an accusation, you should call the lawyers at Beles & Beles. We can help you through the process by reviewing any relevant social media, listening to the truth of what actually happened and communicating with the police, once they try to contact you.

Because the police will eventually attempt to contact you, the accused. An officer may call you or show up at your work, and request an interview. You do not have to speak with the police.

Officers are skilled interrogators. They will say things like, “We just want both sides of the story,” “You only look guilty if you don’t talk to us,” or the most offensive to our system of justice, “You don’t need a lawyer if you are innocent.” Yes, you do. You need a lawyer to advise you on whether speaking to the police is best for you.

It is also our advice to never ever speak to the police about sexual allegations, or other allegations, without speaking with a lawyer. If the police officer is persistent, we offer the following potential responses: “Thank you for reaching out to me. I will have to call you back.” “I don’t want to talk to you right now.” “I need to think about talking to you.” You can mention that you want to speak with a lawyer, or not. Any experienced investigator should, and must, back off, if you mention that you want a lawyer.

Sometimes, our clients have chosen to speak with the police about accusations, and the matter has then been resolved without charges. Other times, our clients have chosen not to speak with the police, and the matter was resolved without charges. Each case is different, but must be evaluated by you and our lawyers, in order to make the best decision.

If you are charged with a crime, such as Penal Code section 261(a)(4), rape of an unconscious person, 288(a), oral copulation, 287(a), digital penetration or 243.4 (sexual battery), the lawyers at Beles & Beles will put all of our expertise, experience and knowledge toward defeating those charges.

In the wake of the “Stanford rapist” case, many allegations are arising from people who were under the influence of drugs and/or alcohol. Penal Code sections 261(a)(3) Again, we acknowledge that such crimes occur. However, we are seeing many more false allegations under the guise the person was drinking alcohol or using marijuana or drugs. Mere use does not mean that every sexual encounter is without consent. We explore this carefully and thoroughly to best defend you or your loved one.

We utilize investigators to learn all that we can about a complaining witness. We accumulate all social media regarding the complaining witness and/or the event in question. We communicate our findings to you and then decide what is best to present to the prosecutors in order to to achieve a dismissal or acquittal.

Being accused of a sexual offense is a terrifying experience. We have helped hundreds of people through these situations successfully. Call the lawyers at Beles&Beles if you, or a loved one, is accused of sexual misconduct. 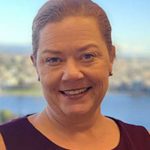 Annie Beles is a partner and a Certified Criminal Law Specialist at the Law Offices of Beles & Beles. Ms. Beles is passionate about defending her clients. She has tried over fifty serious felony trials, including 25 homicides.

Since 1979, Beles & Beles has been the Bay Area’s preeminent Criminal Defense and Immigration Law firm. The firm includes attorneys who are Certified Specialists in criminal, immigration and appellate law. 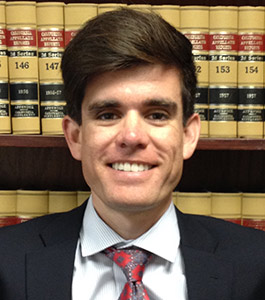 "Robert Beles and his team are straightening out my matters that the San Francisco public defender left in shambles. I had to be patient and wait for court dates and for judges to rule in my favor. Thanks to Robert and his team my future looks much better and my record is clean."
https://beleslaw.com/testimonials/very-pleased-with-roberts-services/

"Robert has been practicing many many years and can handle anything. My experience with them has been great."
https://beleslaw.com/testimonials/beles-law-office-can-handle-anything-in-the-criminal-law-world/
5
2
Beles & Beles